Refugee crisis: Syrian mother sends video plea to Theresa May to be reunited with her children

By Priyanka Mogul
A Syrian couple living in Sheffield have sent a video to Home Secretary Theresa May, pleading for their two eldest children to be allowed into the UK. Mohammed and Amal Alwadi left Syria shortly after the war began in 2011. Mohammad was granted asylum in the UK in December 2014 and Amal followed a year later with their two youngest children.

However, the couple explained that they have been unable to bring their eldest children into the country as UK family reunion rules do not allow parents to apply for asylum for children who are above the age of 18. The Alwadis have not seen their 19-year-old son and 20-year-old daughter for nine months, with their son living in a refugee camp in Calais and their daughter in Turkey. 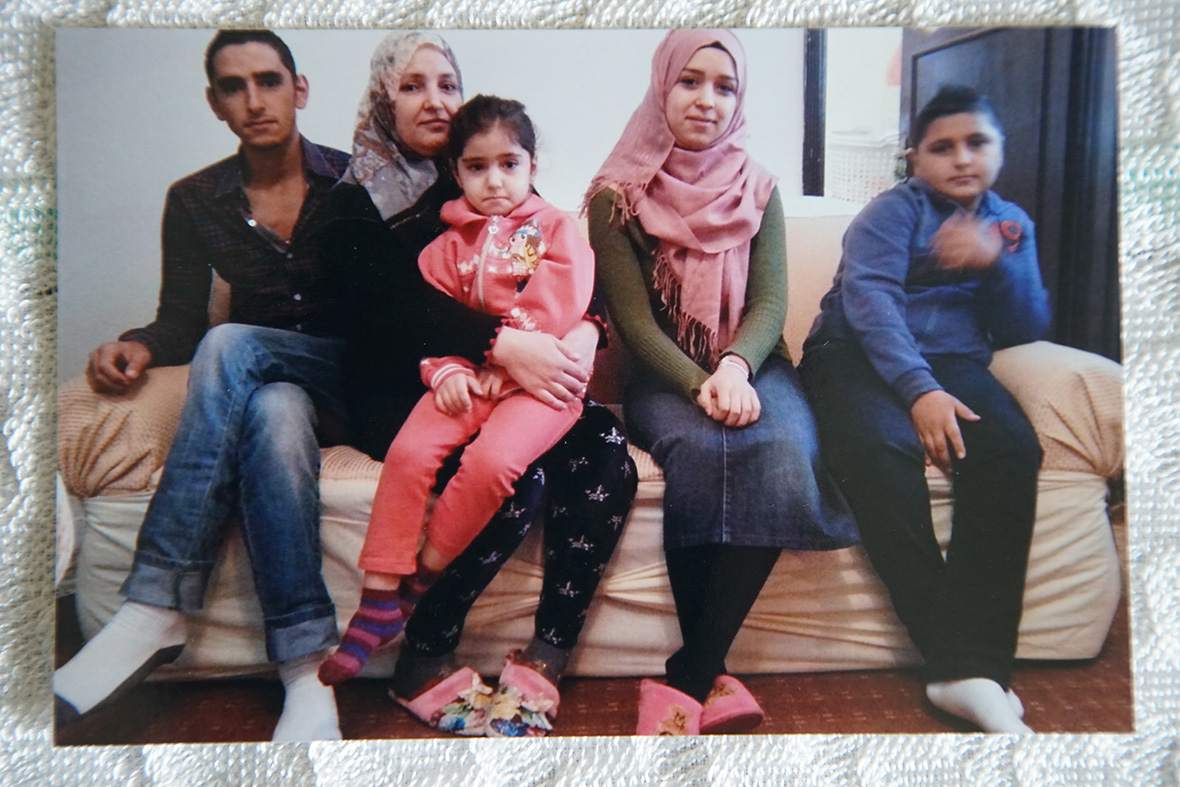 Amal Alwadi with her children before they were separated during the Syrian conflict. Her eldest son and daughter are now in Calais and Turkey, while Amal is in the UKBritish Red Cross

In the video message, Amal said: "I need my children. I miss them so much and I still remember their voices in my ears every day. I miss their laughter, our late nights together, having fun together... Our life is truly heart-rending without them. I can't speak to them as frequently; I can't hear their news."

The British Red Cross, which recorded the video, has now launched its Torn Apart campaign, calling for the rules to be changed. It believes that young people who were living with their parents at the time that they were forced to leave their home country should be included in the UK family reunion rules.

Alex Fraser, director of refugee support and international family tracing at the Red Cross, said: "The Alwadi family are just one example of how current government policy is keeping families separated and alone, at a time when being together as a family is what matters to them most. Their situation is heartbreaking – refugee families who have already been through more pain and trauma than most of us can ever image deserve better than this."

The Torn Apart campaign is now urging the British public to call on their local MPs to ask May to allow more young people to be reunited with their families. According to the Red Cross, UK legislation and international definitions consider "young people" to be up to the age of 25.