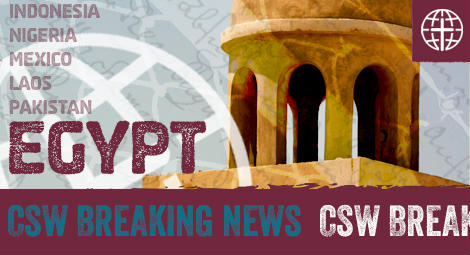 Fatima Naaot, a prominent Egyptian writer, poet and broadcaster, was found guilty of "insulting Islam" and sentenced to three years imprisonment for “contempt of religion” on 26 January.

Fatima Naaot was sentenced for comments she made online in relation to the festival of Eid Al-Adha, an important celebration in the Muslim calendar involving the public “sacrificing” of a sheep or goat to commemorate Abraham’s willingness to sacrifice his son. In an October 2015 post on her Facebook page, Ms Naaot described the annual tradition as the "greatest massacre committed by human beings” and also wrote "Happy massacre, everybody".

During the trial, Ms Naaot, a former parliamentary candidate, admitted writing the post but denied that her intention was to insult Islam. On 26 January, she was found guilty of being in “contempt of religion” by a misdemeanour court in Cairo and sentenced to three years in prison and a fine.

Article 98 of the Egyptian Penal Code states that “exploiting religion in spreading, either by words, in writing, or in any other means, extreme ideas for the purposes of inciting strife, ridiculing or insulting [the Abrahamic faiths] or a sect following it, or damaging national unity”, is punishable with prison sentences of between six months and five years, and fines of 500-1,000 Egyptian Pounds (approximately £42-£84).

Ms Naaot is reportedly appealing the verdict; however, the sentence is effective immediately.

Ms Naaot’s case follows that of Mr Islam al-Beheiry, an Egyptian TV presenter and researcher who hosted a religious talk show. In June 2015, he was convicted of “contempt of religion" under Article 98 of the penal code and sentenced to five years in prison with labour. His sentence was reduced following an appeal and he was sent to Tora Prison in Cairo on 28 December 2015 to serve a one-year sentence.

Mervyn Thomas, Chief Executive of Christian Solidarity Worldwide (CSW), said, “The ‘contempt of religion’ sentence handed to Fatima Naaot is indicative of a worrying trend. Contempt of religion and blasphemy charges constitute a significant impediment to the emergence of a healthy and constructive religious debate that promotes a more tolerant society. We continue to urge the Egyptian authorities to amend Article 98 of the penal code, using the Rabat Plan of Action as a guideline. Furthermore, we call for a judicial review of all cases convicted under this article, including those of Ms Naaot and Mr al-Beheiry.”