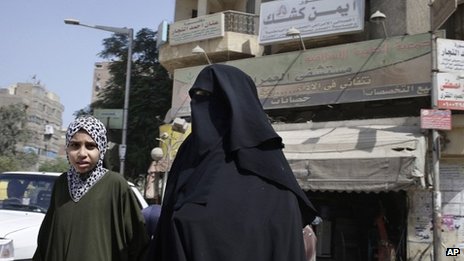 Charities linked to the Brotherhood, including hospitals, could be affected

A court in Egypt has dismissed an appeal by the Muslim Brotherhood against a ban on all its "activities" and the seizure of its assets.

Lawyers had sought to halt the implementation of the 23 September ruling affecting the Islamist movement, its NGO, and any affiliated groups.

Brotherhood officials said they would now appeal to a higher court.

The interim authorities have cracked down on the group since the army ousted President Mohammed Morsi in July.

Several senior figures, including Mr Morsi and general guide Mohammed Badie, have gone on trial on charges of inciting violence and murder.

Hundreds of people demanding Mr Morsi's reinstatement, most of them Brotherhood members, have also been killed in clashes with security forces, which portray the crackdown as a struggle against "terrorism".

The 85-year-old Islamist movement was banned by Egypt's military rulers in 1954, but registered an NGO called the Muslim Brotherhood Association in March in response to a court case bought by opponents who contested its legal status.

The Brotherhood also has a legally registered political wing, the Freedom and Justice Party (FJP), which was set up in 2011 as a "non-theocratic" group after the uprising that forced President Hosni Mubarak from power.

A number of charities and social services are also linked to the Brotherhood, including schools and hospitals.

The September court ruling banned "all activities" by the Brotherhood itself, the NGO, as well as "any institution derived from or belonging to the Brotherhood" or "receiving financial support from it".

It also ordered the interim government to seize the Brotherhood's funds and form a panel to administer its frozen assets.

The court did not reveal the grounds for the ruling, but it was prompted by a lawsuit filed by the leftist National Progressive Unionist Party, also known as Tagammu, which accused the Brotherhood of being "terrorist" and "exploiting religion in political slogans".

The government has formed the committee to review the Brotherhood's assets but it will not seize them until the appeals process ends.